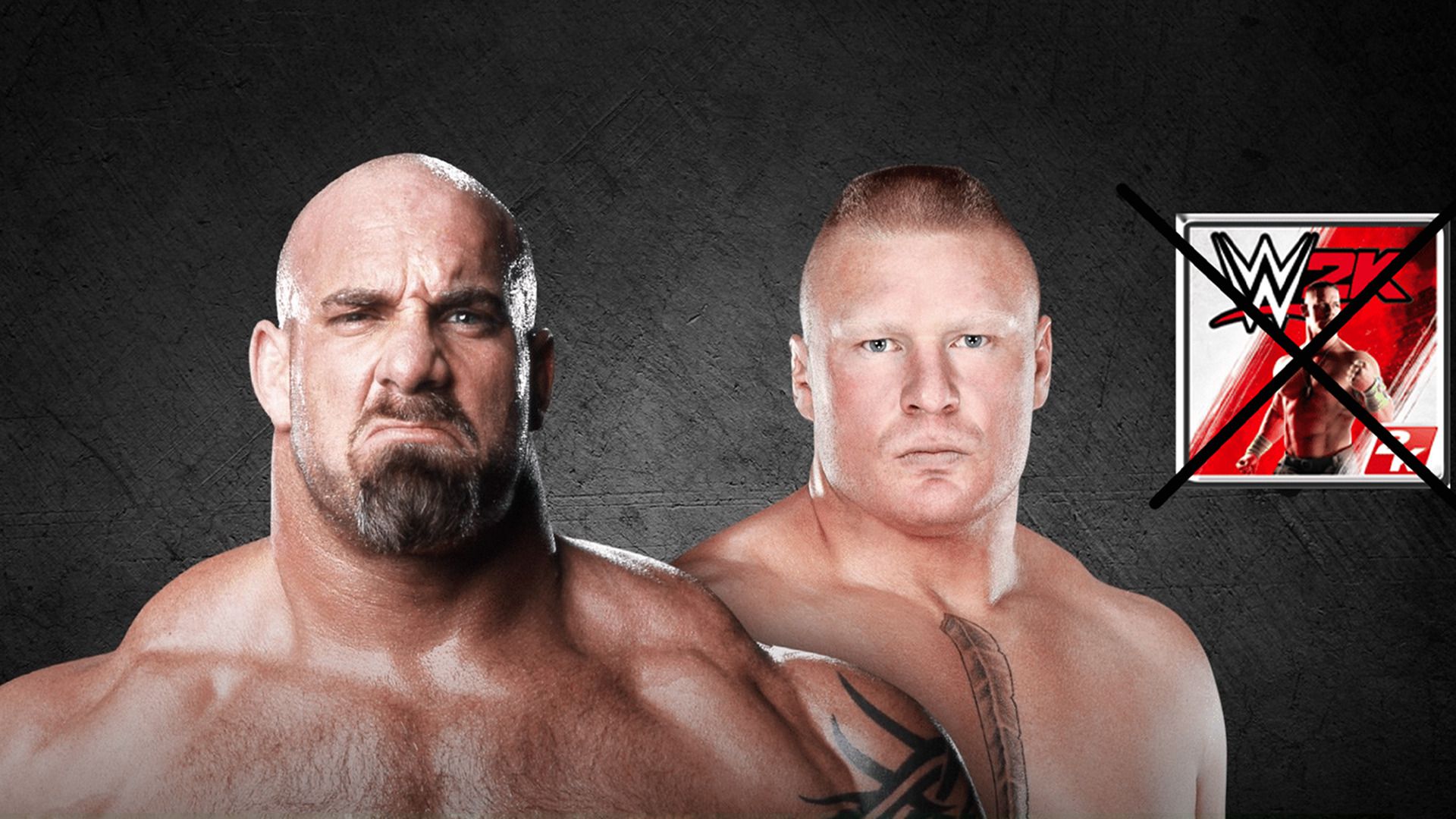 Yesterday, the WWE2K franchise was officially declared deceased. This news brought about a realization. While watching wrestling is a lot of fun, playing a great wrestling game is the closest thing to actually getting in the ring. So, here are the 6 best wrestling games of all-time.

Wrestling has plummetted from a gripping “good vs bad” contest to a soap opera with hitting made by writers trying to get fired, but can’t. Have you seen Wrestlemania 36? It is understandable that the loss of a crowd changes the product, but nobody said it absolutely has to find a way to make it just the worst. It looks like it was lifted from the appalling WWE 2K20 storyline with the audience volume turned down.

Note: Some of these games are built for older consoles in Playstation 2/3, Xbox/Xbox 360 and even the N64. If you don’t own one of these, know that emulators have really picked up.

Professional wrestling used to be distributed into territories, that was the case until Vince McMahon (full name Vincent Kennedy McMahon Jr.), bought and consolidated every wrestling territory into one product called World Wrestling Federation.

Each territory fell under a promoter, and each promotion had its own titles and storylines with some guest appearances here and there. This game lets you experience that era. It might not sound like much compared to today’s spectacle, but visually it was nearly the same wrestling experience. You’d actually be surprised how little the pro-wrestling part of wrestling has changed.

In story mode, you pick an iconic wrestler (Bret Hart, Hulk Hogan, Roddy Piper, Andre The Giant, to name just a few) and play your way through different territories until you are the undisputed champion. Or, just get together with some friends (#SafeSocialDistance) and have a fun, action-filled experience.

The game itself is fast-paced, the controls are unlike anything you’ve ever played, but you latch on quickly. In fact the timing meter on this 2002 game is what powers the core of the WWE2k series. If you could figure out the timing and how it changes with the match, you could become unbeatable and help yourself to some exciting game moments.

The best part about winning was an exclusive interview with your wrestler, followed by them cutting a promo on you.

Moreover the music for the game was provided by Jimmy “The mouth of the south” Hart’s music label. You should check it out just for the music if nothing else.

At the end of the day, it a satisfying wrestling experience that really help alleviate some violent urges and experience a bit of pro-wrestling history while you’re at it.

Until one point in history, this was considered one of the best wrestling games ever put to code. It also happens to overlap with a time when wrestling qualified as one of the most entertaining things on TV.

The N64 had the fortune of having some really iconic games release on it, from arguably the best console FPS in history, Goldeneye to the second-worst game ever created, Superman 64. The WWF games were no exception.

WWF Wrestlemania 2000, released in 1999 was very well-rounded game. You had the option of heavy and light attacks and grapples giving you a wide moveset, there was weight detection, fatigue, you name it. It was such a brilliantly made game that they had to do it again.

The Wrestlemania 2000 and No Mercy for N64 were practically clones. No Mercy had a slightly bigger roster, you could make your opponent bleed (the Attitude era, amirite?) and there were a few more game modes.

In the immortal words of The Rock, it doesn’t matter what the game’s name is. This game was lighter than an average RAW image from a DSLR and had more packed into it than a hard disk hungry game today.

WWE accidentally released a great game for the Sony Playstation 2 (we’ll get to that) and then, it was like they feared that fans might be enjoying themselves a bit too much and stuck to putting out mediocre games, right up until WWE 13. That was a good game, but it could have been better. While working on doing exactly that, THQ went bankrupt and the franchise was bought out by 2K Interactive. You might remember them from their NBA titles.

WWE2K14 took all of what WWE 13 offered, Catch finishers, crowd chants, commentary pacing, create modes (from titles to finishers, to practically anything) and a story that would put your created wrestler in the WWE ring.

WWE 2K14 added an even bigger roster (Goldberg, Sting, Bret Hart to name a few), threw in more gameplay elements, kept the lootboxes to a minimum and came out with a very engaging and fun game to play.

If you want to play something on literally any platform with reasonable graphics, this is the game for you. We say reasonable graphics and not groundbreaking because for some reason even today they can’t seem to figure out wrestlers’ hair or how their arms warp when in any position other than staying completely still.

Ignoring that, it was a good wrestling game. However, 2K and WWE’s fear of people enjoying themselves too much prevailed and they went to work on ensuring each ensuing title from 2K15 to 2K20 was picked directly from the great pacific garbage dump.

WWE All-Stars was a rare experiment by THQ. It was a legitimately fun game. The entire idea was to take wrestling and blow it a little out of proportion. All the wrestlers looked bigger than the Incredible Hulk*. Jumped high enough to hit the ring lights and far enough to clear a football field.

*Trivia: did you know Hulk Hogan got his name when he was interviewed next to Lou Ferrigno (the actor who played The Incredible Hulk on TV and voiced him in several movies)? People told Hogan that he was even bigger than The Hulk (He was 6’7″ at the time).

You might be thinking, “that’s too much” and that is precisely the entire point. Over-the-top action makes it much more entertaining to experience.

Great gameplay is only part of it. With a great roster, taking lead from Legends of Wrestling II, you can pit older and newer wrestlers in fictitious brawls of all kinds. This is a must-have for all wrestling fans.

This is not a WWE game at all. Could be why it is so good. Def Jam is a record label that launched storied careers including N.W.A, Dr. Dre, Snoop Dogg, Tupac and a hoard of others.

Those rappers take on different roles in this game to form a nice simple, yet compelling story of someone trying to “make it” on the streets. Though in this game, Rap is replaced by fights.

And what a fight system it has. It takes the brutality of a street fight and adds just a dash of exaggeration to give you some henious, almost uncivilized action. Think Mortal Kombat just shy of a fatality. Stomp your opponent into a car, kick and smash them against a wall, pick up a baseball bat… you get the idea.

This was such a refreshing experience that had the makings of a brilliant game had it come out on WWE. There was a lot to do in this game with a giant roster. This was a one and done style game though, as its predecessor and successor had very little success on their own.

For those who keep mentioning that Brock is on the cover of WWE2K17 forget that he graced the cover of what can still be considered the best wrestling game of all-time. This was the first time a WWE product/game was billed as something outside of a catchphrase from The Rock – Before this, it was Smackdown!, Smackdown! Know Your Role, Just Bring it, and Shut Your Mouth (man had some good catchphrases).

They were more or less recycling animations and graphics from previous entries until they overhauled the entire thing.

There were short-comings, granted. like an inconsistent design (Goldberg looked spot-on, while Triple H looked like Play-Doh left out in the sun), some recycled animation they couldn’t improve (like RVD’s hobble strafe) no commentary and no voice overs. There were about 10-20 storylines with different characters that you’d be playing on repeat if you chose to play again.

The fun part was, like olden sports games, you could max out a character (it’s a game, who says Big Show can’t also do a 5-star frog splash, no actual lives are in danger here) and even change movesets of regular characters as well as their stats (you’d have to earn them first though).

In short, there was no greater more fun experience in WWE simulation than the one that brought everything together for Here Comes the Pain! Warts and all.

WWE 2K20 was not a video game. It was an attempt to see how little effort 2K can put in and still get paid. It is Karma for anything bad you might have done

This franchise had one good year, WWE2K14. Literally its first year under 2K. They were picking up where THQ had left off.

After that, everything gradually kept getting worse. They first removed the single-player storyline for your custom character, removing the last hint of RPG this franchise had, only to bring it back later with a broken story and progression system.

Then there was the whole lootbox debacle. At one point in this franchise, to unlock new moves, attires, characters, you first had to win a certain amount of in-game currency, and then spend that on loot crates. Basically, the whole game was just a loot crate sales simulator.

After that atrocity, story mode was just you replaying major moments from WWE history, which they really counted on people enjoying more than everything else.

All else aside, they did not even come up with any new in-game mechanics that THQ hadn’t already created. This is why fans think someone was sleeping at the wheel. We know WWE is perfectly capable of endorsing a fun game that people enjoy playing, that is why lists like these exist in the first place. The fact that they let 2K put out a consistently bad game is a fault on their part.

All other games, like FIFA, NFL, NBA, NHL, MLB et al. can profit from what is essentially a $60 roster update as that’s the only thing about these games that change. However, wrestling is a living breathing product with rises and falls, it can’t be recycled.

It is our hope that whatever shape it next takes, starts a whole new era of WWE’s gaming superiority and not Wrestlemania 36 all over again.