Video game technology was rapidly advancing in the 90s. Interactive 3D games were the rave, and Sony used the PlayStation’s superior hardware to immediately become a powerhouse in the gaming industry. To enter a market dominated by Sega and Nintendo, Sony had to come up with a completely new experience from the ground up. Among many things, this brought to us, the iconic Dualshock controller. Here is how the Dualshock controller has evolved over generations.

The Dualshock controller struck a surprising balance between retaining its overall design aesthetic while evolving at the same time. In a world where The Nintendo 64’s oddly placed joystick was competing with Sega Dreamcast’s huge single joystick controller, Sony brought about a sleek, dual joystick controller that felt like the most perfect fit. That design template has served as the basis of most modern controllers.

Sony released the first DualShock with the PlayStation, and it is the second controller for the console. The original was a usual gamepad without the joysticks. Seeing the opportunity to increase immersion through what is now known as haptic feedback, Sony add a rumble motor to the arms of the controller. This has been a staple of the console experience ever since. In fact, Metal Gear Solid featured it as part of the game’s narrative.

In all fairness, this was not the first occurrence of a vibration function. Nintendo had introduced a Rumble Pak to the N64 just before The PlayStation reached the market. The DualShock used the PlayStation’s power supply to function and was built-in, unlike the Nintendo 64’s Rumble Pak, the function of which required batteries.

The controller has two analog sticks, a d-pad, start, select, the trademark Triangle, Circle, X and Square, and L1/R1 Buttons, L2/R2 Triggers, and L3/R3 buttons (accessible by pressing the L/R sticks in).

The inclusion of two analog sticks and a d-pad was a fantastic idea because the PlayStation allowed gamers to decide how they wanted to move. Games like Metal Gear Solid let you use one joystick for movement and the other for camera control and this opened a new world of possibilities to 3rd person games like Final Fantasy VII, and Soul Reaver and even more control over driving games like Driver and Gran Turismo 2.

Sony retained the aesthetic of the original DualShock for the PlayStation 2, only this time the default controller was Black. Later, with a relatively rare Silver PlayStation 2 shipped with a Silver DualShock 2. Those were the official colors. Some licensed companies released a series of semi-transparent colored plastic controllers and memory cards.

Even though the design was identical, there were slight improvements under the hood. The d-pad and action buttons now had pressure sensitivity and games like Metal Gear Solid 3 made them integral to the gameplay, e.g. light press action button to strike, hard press to grab.

Though this feature was used sparingly by developers as it would have made games much more challenging to adapt to, but it came in handy when used right.

We could go on and on about the progressive features of the PlayStation 2, but this is about the controller. We would, however, be remiss if we didn’t mention the EyeToy controller, A camera that could detect motion and integrate it into the EyeToy game series.

With a DualShock port to USB adapter, you could even connect your DualShock 2 controller to a PS3.

The original pitched design for the PlayStation 3’s controller was a boomerang-shaped silver-colored controller called the Sixaxis. The name was because the controller gave players the option of motion control on X, Y and Z axis. It had similar intent to the controller on a Nintendo Wii. Both consoles were released to the public around the same time. This design was met with widespread condemnation making Sony revert to the original.

The reason for this design over the traditional DualShock layout was two-fold, one- they wanted to try something new, and two- they could not launch with vibration motors. Sony was in a lawsuit with the company that made the vibration motors (now referred to as haptic feedback) for DualShock 2. You couldn’t tell the difference between a DualShock first-generation, DualShock 2, or the DualShock 3 at a glance.

The DualShock 3 had a wireless option (via Bluetooth), an on-board battery that claimed a life of 30 hours on a single charge, vibration motors for haptic feedback (didn’t arrive until much later), Sixaxis motion-control (sans the Sixaxis branding) and the all-new home button. It felt and looked the same but it was even more advanced underneath the chassis.

At the time of DualShock 3’s release, motion-controlled gaming was high in demand. Sixaxis was a staple of Twisted Metal, God of War, Fight Night Round 4, and so many other sports, flying, adventure and racing games. Sixaxis was also a staple of Sony’s failed PSVita handheld device.

The PS3 featured one other controller, though it does not count as DualShock, Sony released the move controller, it replicated real motion into video game input, similar to the one that shipped with the Wii. The move was designed primarily for sports games, but it eventually became a much bigger component of the PlayStation experience with the following generation’s PlayStation VR.

Through some maneuvering and third-party software, you could even get the DS3 to work on a PC (it would only show up as a regular controller, but that was a minor trade-off).

Having learned from the audience’s inability to accept a drastic change in the classic DualShock design, Sony made minor modifications to the enduring DualShock controller design. Not enough to classify as a complete change, but just enough to make it a little more modern.

While most changes were cosmetic, the actual news was a fully functional trackpad in the middle of the controller. Games like Assassins Creed, Watchdogs, Detroit Become Human, Metal Gear Solid V, and a handful of others really put it to use. The start and select buttons were replaced by option and share.

The share button exists because social media integration was assumed to be an integral part of the gaming experience. Pressing share lets you upload clips, achievements, etc. online.

Connecting each device color coded it, you could play with up to 4 devices at a time.

Underneath the DualShock 4 controller resided a proprietary charging hub connection, in case you didn’t want to do it traditionally using USB. It also featured a tiny speaker and a 3.5mm jack in case you wanted to enjoy your game without disturbing others.

The only major change with the DualShock 4 Pro (unofficial name) was that now your trackpad featured a thin strip of light that lets you see the LED color without flipping it over. Some users report that the DualShock 4 pro was better balanced, but there is no official data to substantiate that claim. DualShock controllers are available in a whole host of colors, and the custom orders are a whole other world.

We are finally caught up to the present. Though we still have some time before we get to experience how the DualSense controller feels to use. We can, however, share what we know.

After 3 consoles Sony realized (PS3, PS4, PS4 Pro) that it cannot maintain its lead in sales on Raw power alone. Even though Sony sold more units than its Microsoft counterpart with each generation, they have faced criticism from developers and players alike on some of the limiting features of the console.

With PlayStation 5, they took a page out of Nintendo’s book and are focusing on the overall gaming experience instead of competing for higher numbers. We all know, nothing beats a PC on that front anyway.

While keeping the basics of the DualShock 4 intact, Sony added functionality to the DualSense controller. A newer touch that has a bigger base, a thin led outline visible from all angles, the same old shape buttons and no official names for the share/select and options/start button, just symbols. Like the Xbox One controller. The share button is now referred to as “create”, what that does exactly is something they’ll share as it closes to a release date. Which could be code for “nothing important”.

The DualSense controller features haptic feedback instead of full-blown vibration, adding a variety of responses that gives feedback to the user. Like terrain sensitivity for driving games. They also added adaptive L2/R2 triggers. This means developers can add resistance to these buttons based on what you’re doing, e.g. pulling back on a bowstring during archery is intense work and you can feel the tension in the bow as you do it.

To accommodate all these triggers and actuators, Sony had to reposition the buttons as well as making some subtle changes to the grip. The other consideration was battery life. Even though DualShock 3 and 4 were never known to be slouches on battery, Sony isn’t taking that for granted, they assure us that the battery life on this thing will be just as, if not more, impressive.

The DualSense controller will be two-toned. This is a welcome change for some, indifferent news to others, and an opportunity to point and laugh for Xbox fans as this is clearly inspired by the Xbox One controller’s aesthetic.

Sony’s aim is to make the controls and experience so intuitive that players “forget that it’s even in their hands!” That is a bold claim and a highly sought after goal that falls squarely on the game developers to utilize well. If the game is made well-enough it will indeed be as immersive as they claim, or it could just be a case of a lot of people chucking their controllers at walls. We will have all our answers by the end of the year 2020.

We don’t know for sure if there will ever be a time where we will bypass the need for a controller altogether (likely in some VR application). We do know that Sony put a lot of time and energy into coming up with solutions to smaller problems. Anyone can put a controller together, the N64 controller felt like you’d have to grow a third limb to control the joystick, the Xbox’s first-generation controller was impractically enormous. However, Sony kept perspective of their priorities instead of reinventing the wheel every time. They understand that a controller needs to look good, be functional, and not get in the way. They have efficiently achieved that aim.

What we can be certain of, if there is no limitation for connection on a PC, this controller will be found on numerous battlestations on reddit and if they’ve learned anything from Xbox, it will be customizable. 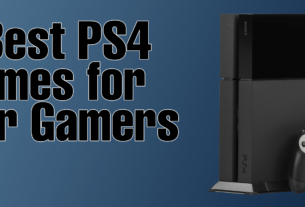